Columbus Day is a holiday which was created in honour of Christopher Columbus, who is the symbol of all those venturing into the unknown and crossing new boundaries. The holiday is hugely celebrated in many countries, and now thanks to SOIT it is also celebrated in Poland.

October 12th, 1492. Christopher Columbus reached the shores of America. His feat changed the image of the contemporary world. He became the first known adventurer-explorer. The symbol of all who choose to “go further”, venture into the unknown, cross new boundaries. Columbus Day was created in honour of Christopher Columbus and is hugely celebrated in many countries. Now, thanks to the Association of Incentive Travel Organisers, it is also celebrated in Poland. This is a celebration of unlimited opportunities provided by traveling, discovering new routes, and sailing into new uncharted waters.
Just like Christopher Columbus, Incentive travel successively sails toward innovation, and the search for new ways to utilise incentive travel programmes.

Since 2014 an integral part of Columbus Day is a charity auction of travel memorabilia, brought by SOIT members from around the world. These include sculptures, unique figurines, paintings, porcelain, or T-shirts with the autographs of famous athletes. The profits from the auction are distributed to charities. So far we have collected over 188,000 PLN on behalf of the St. John of Jerusalem Foundation and Joanna Radziwiłł’s Opiekuńcze Skrzydła (Caring Wings) Foundation. The collected funds have helped organise winter camps for children, as well as travel and art workshops. They have also helped renovate the home for the Foundation beneficiaries. 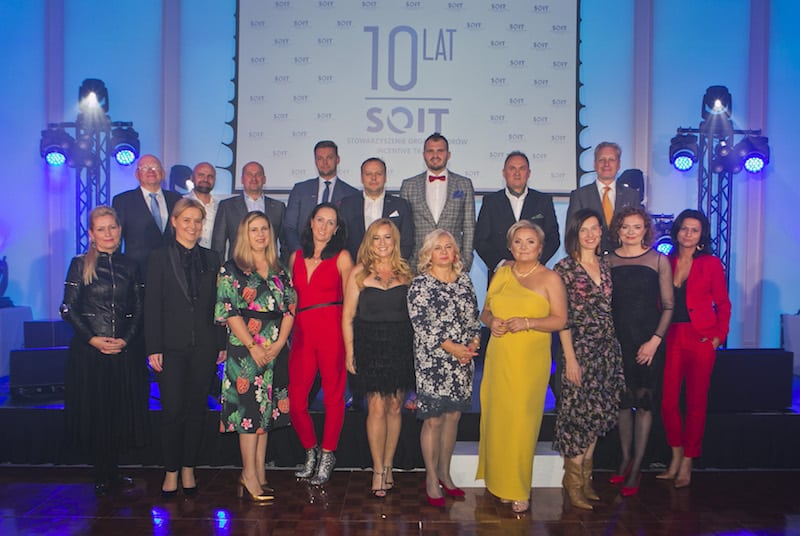